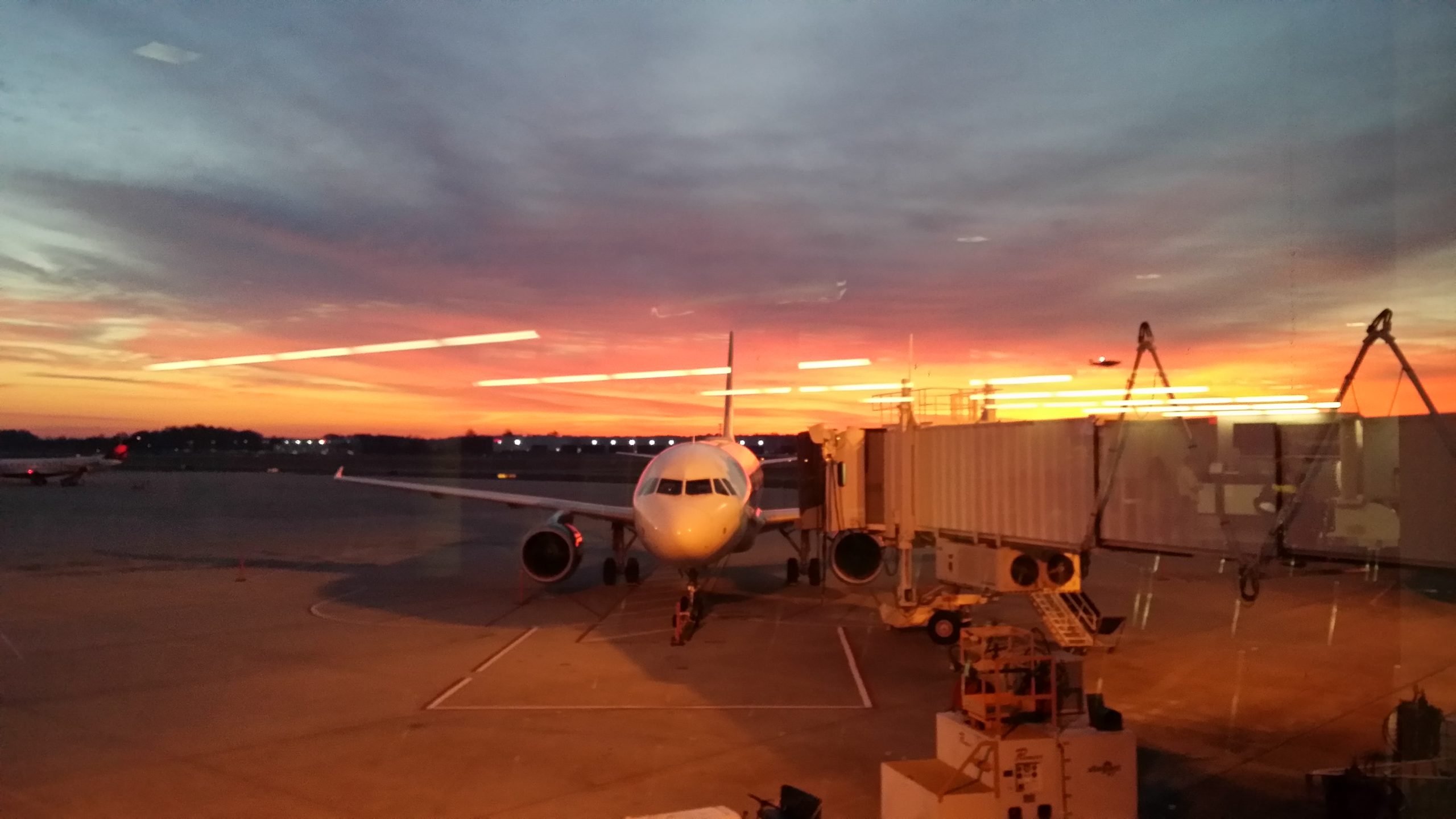 Greetings from Austin, Seattle, Charlotte, Greesboro (pictured), and Dallas.  Three airlines, three separate rental cars, three dinners – all in one week.  It goes without saying that I did not make it to the stunning end of the Stanford/ USC men’s football game last night.  There’s always next year, Stanford.

There were few earnings releases this week, but two bear mentioning as we discuss the overall state of the cable industry.  Wide Open West (WOW!), a cable over-builder that was created out of Ameritech’s Cable initiative (appropriately called Americast), surprised many in the analyst community with the strength of their subscriber gains (click here for a link to their earnings release).  The company has been absorbing acquisitions (including Knology), and has not been immune to the secular changes hitting the broadband industry as a whole.  However, WOW! is an excellent regional barometer (Midwest, Southeast) and an annual leader in Consumer Reports residential metrics for all products. WOW’s subscriber performance is detailed in the following chart (from their most recent 10-Q):

There are many things to glean from this chart.  First, notice the continued strong performance of High Speed Data (HSD) customers throughout the merger/ integration quarters (WOW! completed the acquisition of Knology in 3Q 2012).  No surprises there.  But also notice the “flatness” of video, which is only down 2.5% from the post-acquisition peak.  Given the intense competition present between three broadband providers (and two satellite competitors), as well as the standard churn that occurs as a result of merger and integration activities, this is an impressive number (Comcast’s video subscribers were down close to 2.0% over the same period when adjusted for business gains, and Time Warner Cable residential video subscribers were down 6.3% over the same period).

Many have characterized WOW! as scrappy or “teaching for the (Consumer Reports) test.”  The implication that WOW! is undisciplined or intentionally focused on pleasing one particular publication could not be further from the truth (have a look at the JD Power results if you have any doubts).  Having worked with them on their voice rollout in 2004 and 2005 (Sprint was an early provider of voice services to WOW!), they are faster and more methodical than their cable competitors, and their focus on every element of customer experience is intense and thorough.  As many analysts have written off the demise of video, WOW appears to be reinventing the value equation.  If Google Fiber had franchisees, WOW would be the first (and probably only) cable company to qualify.

The other major cable company reporting results this week is Suddenlink.  I like to look at Suddenlink as a proxy for cable company performance without AT&T U-Verse and Verizon FiOS competition (Suddenlink previously disclosed that there is a minimal overlap between their service territory and U-Verse/ FiOS).  With concentration of customers in West Virginia, it’s a very rough proxy, but it’s a data point for “without telco competition” performance.  Here are the latest figures for Suddenlink (Cequel is the parent company of Suddenlink):

Also, Suddenlink reported that 20% of their customer base has a non-video relationship with the company.  This is also up 2.5% from a year ago.  Given Suddenlink’s rural weighting, they are managing to supplement the traditional satellite provider relationship with High Speed Data (and perhaps phone).  Once they have established the beachhead in the home, they selectively promote advanced data services (and phone where applicable).  This is a sound and sustainable strategy considering that in the next several years all video will be carried into the home through IP feeds.Note the stemming of the losses from the first and second to the third quarter.  Suddenlink is rethinking the structure of their customer relationships.  Some other statistics of interest:  27% of Suddenlink’s customer base takes all three services (“triple play” customers) as of 3Q, up from 25% a year ago.  Most impressive in this statistic is that they did it without compromising double play penetration (still at 39% of total customers).

To round out the financial picture, Suddenlink’s revenues were up 6% and adjusted EBITDA (cash flow) were up 8%.  Like their larger cable peers, subscriber revenue increases were offset by political advertising decreases.  Without AT&T and Verizon (but with satellite), the industry would likely be growing revenues and profits in the mid to high single digits.  Given Time Warner Cable’s 2.6% growth and Comcast’s 5.2% revenue growth in the third quarter, it’s probably safe to say that telco competition is costing cable at least 300-400 basis points of revenue growth, and probably an equal if not greater percentage of cash flow growth.

Why focus on smaller providers as opposed to Time Warner Cable and Comcast (Suddenlink is the 11th largest video provider as measured by basic subscribers; WOW is #13)?  As we talked about earlier, they provide actual or “stretch” data on how the larger providers could perform – WOW! a proxy for metro performance with better service/ customer experience, and Suddenlink for non-metro performance.

Have a look at WOW’s performance on consumer video relative to their peers in the Great Lakes and Southeast regions here.  They not only top the triple play reviews (most valuable customers), but also tie on video with FiOS (which shows that coax can achieve a similar score as their fiber brethren).  They lead in Internet even though they do not own a Tier 1 IP backbone.  How do they do it?  The chart below from the May issue of Consumer Reports shows how:

Each element of the customer experience is pursued on an independent basis:  Bill presentation, support, pricing (note that no broadband provider in the Consumer Reports survey gets a better than average rating for service value, and that pricing, especially after the promotion has ended, inhibits a higher score from Cablevision).  The distinguishing factor, however, is service satisfaction, which represents the ability to continually exceed (low) expectations for integrated services.  When viewed through the lens of the entire business cycle – from the first installation to the final bill – WOW and Suddenlink take top honors.  Comcast and Time Warner take two of the last three spots of the top ten.

This is an important lesson for cable.  Technology will continue to change – the cable industry has many talented engineers and operations personnel.  But the changes to the technology need to be transparent to the majority of customers who view bandwidth, phone, and video as utilities.

Whether the change is Analog-to-Digital video transition, home automation service installation, or next-generation set-top boxes, the simplicity and intuitiveness of each solution must be confirmed by the customer.  Each change must build on previous one with the ultimate goal of reducing dissatisfaction with (or improving the condition of) the current state.  While this sounds easy, it will take years to perfect.  Those who focus on radically improving satisfaction (perhaps by starting with reducing dissatisfaction) will win the subscriber and earnings prize.  Those who look to tweak their existing business models will be very disappointed.

Next week, we’ll cover six events that will shape the fourth quarter and 2014.  Until then, if you have friends who would like to be added to The Sunday Brief, please have them drop a quick note to sundaybrief@gmail.com and we’ll subscribe them as soon as we can.  Have a terrific week!