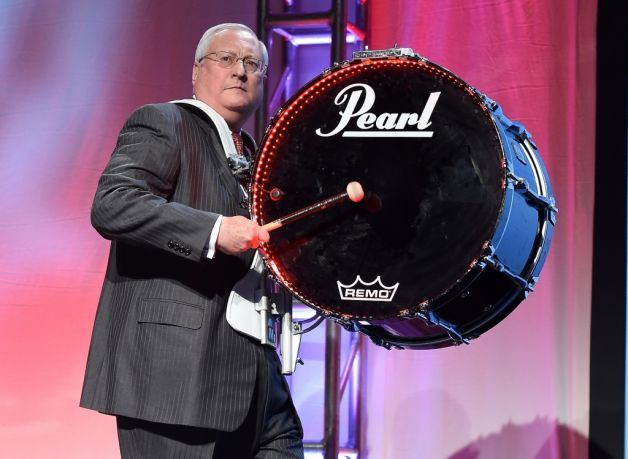 First, the Sling TV announcement.  It would only be fitting to have Joe “Boom-Boom” Clayton appear pounding a base drum as he announced Sling TV.  Drums form the beat and tempo within a marching band.  They are loud, and they have the ability to quickly change the speed and mood of any musical piece.  That is certainly the strategy behind Dish’s announcement: change the song for the millennial demographic.

There are several interesting aspects of the Sling TV offer.  First, there’s a lot of content missing from Sling’s initial package:  Comedy Central, Fox News, CNBC, A&E, Discovery, MTV/ VH1 and Bloomberg to name a few.  In addition, no local broadcast stations.  But Sling has ESPN, which has high appeal to the ever important 18-34 male demographic.

Second, there’s fairly strong support at launch for a variety of devices.  Not surprisingly, the words “Apple” and “Sony” are missing from the announcement, and it’s curious that Google chose to support Sling’s efforts with the Nexus Player and not their Chromecast product (having just converted to Chromecast, I am hoping this is added soon).  But Amazon, Roku, and Xbox are all supporting, and it’s likely that at least one of these suppliers might take an active role in marketing Sling more aggressively (especially as Sony’s product remains in Beta.  Microsoft and Dish could become new allies in the battle against Sony).

Finally, the Sling TV offer is dependent on affordable stand-alone data.  Using Comcast’s current promotional rates ($39.99/ mo. for standalone Internet with 50 Mbps speeds vs. $69.99 for the same product with 140 cable channels), there isn’t a lot of room to create additional value, especially with likely charges for broadcast channel packages.  However, with Comcast raising their modem lease fees to $10/ month (and Time Warner Cable increasing theirs to $8/ month), many single-TV consumers might choose to have their Roku or Xbox One function as their set top box.

Bottom line:  Sling TV won the “Best of CES” award for a reason – they were first.  And, as this section’s title suggests, they will set the tempo for OTT live TV until one of the major cable TV providers jumps in.

In their conversation, Wheeler described the dilemma between providing open access to innovators while providing the basis for broader and faster network access to Internet Service Providers (ISPs).  Early last summer, he came to the conclusion that “commercially reasonable” networks could not be provided to innovators using section 706 (this is also known as the “non-Title II” path).  At that point, the Commission began to evaluate “just and reasonable” measures, a key term in Title II regulations.

While these seem like subtle changes, they are not.  The Chairman clearly understands that the consequences of moving toward Title II will be a combination of a) increased metered service, and b) decreased competition, particularly in rural markets.  Given no incentive to lower prices, cable companies will continue to offer faster speeds, but there will be data caps.  These levels might start at 60 GB per household (2x average DSL usage) today, but, with increased 4K video usage, a 2GB/ day average could easily be exceeded.  With more “synching” occurring with cloud-based services, monthly home data usage for a family of four could easily exceed 80 GB in 2016.

If broadband metering/ capping results, the probability of increased facilities-based competition (especially FiOS and U-Verse expansion) will decrease and the long-term success of Sling TV (and Netflix, HBO Go, and other OTT services) will also be placed in jeopardy.   Cable companies could use a combination of $29.99 promotional High Speed Internet (capped) rates with medium to high data throughput to attract customers (and $9.99 for 20 GB increments above the initial cap), but increase (or remove) those caps if the customer takes a bundled service (e.g., cable + 100 Mbps Internet).  These pricing plan changes will cement the status quo and discourage innovative OTT services.

The details of the FCC rulemaking on the wireless industry hard to determine at this point.  While Chairman Wheeler clearly indicated that the new rules would not take the wireless industry back to the days of state tariff filings and ARMIS reports, he failed to articulate how proposed rules would satisfy congestion at cell sites during peak data hours.  He also neglected to provide any details on how current plans which contain offending practices (e.g., millions of T-Mobile Simple Choice plans that throttle after certain monthly data levels have been reached) would be treated.  While he did stress that “the future of spectrum is in spectrum sharing,” the Chairman knows that the implementation of this practice is 3-to-5 years away.

The Chairman showed part of his hand: more regulation today is better than bi-partisan legislation today.  Metered solutions are more equitable than today’s unlimited usage.  Unbiased network treatment is better than wireless network forbearance.  We have to wait for the details, but it appears that the pricing of the Internet is about to change – dramatically – and affordability is about to be jettisoned for the higher cause of neutrality.

For the full year, T-Mobile added 4.0 million branded postpaid phone net additions and 900,000 postpaid tablets.  Sprint, by comparison, lost 900,000 total retail postpaid subscribers in 2014 (this includes a 4Q gain of 30,000 postpaid subscribers announced on Thursday).  This leaves approximately 2.7 million postpaid customers between the #3 and #4 players and sets the stage for a 2Q 2015 change in position.

What’s most interesting about T-Mobile’s growth is that it was not driven by additional price discounts.  Their 2.5 GB promotional pricing (4 lines each with 2.5 GB cap for $100) which drove 1.4 million postpaid phone net adds in 3Q was not revived until December 9.  Their most recent promotion (a rollover data plan called Data Stash) was not announced until December 16 and did not take effect until January 2015.  T-Mobile drove 1.0 million net additions on the back of the Apple iPhone launch (which includes Wi-Fi calling capabilities unique to T-Mobile) and churn focus – no other promotions were necessary. 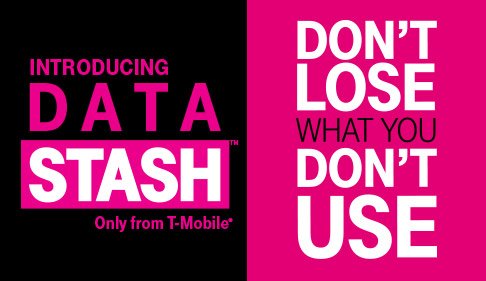 Proving that imitation is the sincerest form of flattery, AT&T followed T-Mobile’s Data Stash with their own rollover announcement (see full text here and a cheeky article filled with T-Mobile’s CEO Twitter responses here).  While AT&T provides the rollover allotment to any members in the Mobile Share Value plan, only the unused data from the previous month is available for use (T-Mobile allows customers to carry over up to 10 GB of data for use over a twelve month period).

Given T-Mobile’s continued LTE expansion (at the end of the year, they covered 265 million POPs or about 83% of the US population), their opportunity to gain customers from AT&T and Verizon in more rural areas is the greatest.  Many of T-Mobile’s additions will come from increased footprint size (a 5% postpaid phone penetration of an incremental 35 million increase in 2015 POP coverage is 1.75 million or nearly half of their actual 2014 growth).   With conversion from AT&T being as easy as a SIM card swap, it’s easy to understand why their larger competitor is responding quickly.

2015 is the year T-Mobile moves to the postpaid “medal” platform and becomes a national LTE network.  They will do this prior to implementing any new AWS spectrum (results pending) and without a robust enterprise offering or a connected car strategy.  Their equity market capitalization is 45% higher than Sprint’s as of January 9 (according to Yahoo! Finance), and they have largely completed the transition from a subsidy-driven to a plan-driven model.  This sets up T-Mobile well for additional inorganic growth in 2016.

Next week, we will tackle cable and telco growth for the fourth quarter and 2014.  We will also present our overall market capitalization scorecard for 2014.  Until then, if you have friends who would like to be added to The Sunday Brief, please have them drop a quick note to sundaybrief@gmail.com and we’ll subscribe them as soon as we can (and they can go to www.sundaybrief.com for the full archive).

Thanks again for your readership; let’s get started on a terrific 2015!