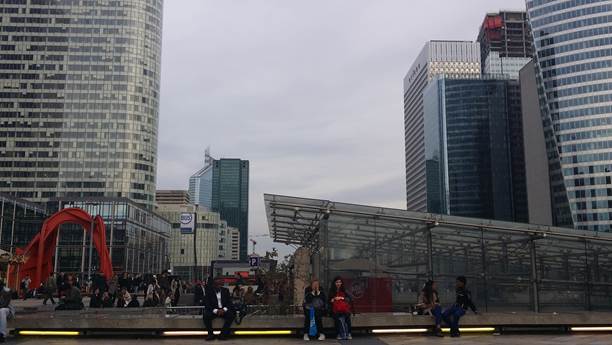 Greetings from Paris (France) and Dallas (Texas).  This week has been full of news, and we will highlight the Five You May Have Missed on the website (www.sundaybrief.com ) late Sunday evening.  However, in the interest of good articles to add to your background reading, I really liked Ars Technica’s assessment of the Android development ecosystem called “Google’s Iron Grip on Android: Controlling Open Source By Any Means Necessary.”  It’s a bit lengthy, but summarizes the differences between the Android Open Source Project and the Google-branded analog.  Open just isn’t as open as it was in 2009, and no one is surprised. 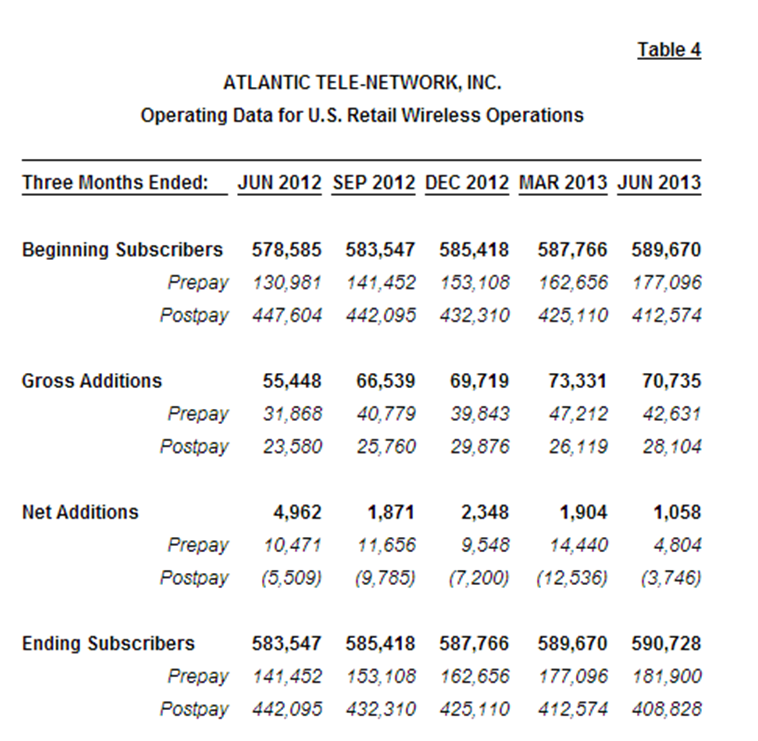 AT&T was quick to explain that part of the decline was due to weakness in 2G products (the 25K loss includes 178K in smartphone net additions, meaning that there were 203K non-smartphone net losses), and that some customers may have moved from AT&T postpaid to AT&T prepaid products.  AT&T added 192K net prepaid retail customers in the quarter, ending with a 7.4 million base.  Of the 192K net additions, about 180K of them came from the acquisition of ATNI.  So it’s very unlikely that these customers went to AT&T prepaid – it is likely that they went to another provider, perhaps StraightTalk (WalMart/ Tracfone) or Virgin Mobile.  Bottom line:  AT&T lost all (or nearly all) of the postpaid base to their competitors, not to prepaid.  AT&T’s prepaid retail gain came mostly from ATNI, not from GoPhone.

As reference, here’s the historical net additions trend for the Big 4 carriers.  With Sprint and T-Mobile left to report, it’s anyone’s guess as to the ending growth for the quarter, but connected device (particularly tablet) growth is much stronger than it was in 2012:

If net additions didn’t raise enough eyebrows in the analyst community, this next table did:

Data revenues grew 18% annually, but only a meager 2.9% sequentially.  Voice, text, and other service revenues declined as well in the quarter.  The expectation was that sequential data would have been higher, not lower than the 2Q’s 4.5% growth.  Instead, it’s likely that AT&T’s organic data revenue was 2.5-2.7%, not the 2.9% reported.  This stands in contrast to encouraging upgrade metrics cited by John Stephens, AT&T’s Chief Financial Officer.

It’s likely that AT&T’s sequential data growth will return to the 3-4% range in the fourth quarter, but, with Verizon’s anemic 2% retail service growth, there’s a distinct possibility that we have hit a consumer ARPU wall.  This is troubling for the entire industry as LTE capital builds are based on increasing ARPU/ ARPAs.

8)      Less segment income, even with the ATNI acquisition

Without the ATNI acquisition, the headlines would have been a lot different for AT&T in the third quarter.  How will AT&T pull out of this rut?

The secret is in AT&T’s $61 billion VIP promise.  When AT&T made this announcement in November 2012, we devoted an entire Sunday Brief to our analysis (see “AT&T Goes Organic.”).  While AT&T’s estimated VIP spending has dropped from an estimated $65 billion to $61 billion, the organic growth requirements have not changed.  As we said in last year’s Sunday Brief:

The returns required for this new level of invested capital are daunting.  Currently, AT&T has slightly more than $230 billion in net Property, Plant, and Equipment, Goodwill, and Spectrum License assets.  Assuming an 8% cost of capital expectation, that’s $18+ billion in net income required per year to achieve expectations (AT&T is currently earning slightly less than $15 billion on an annualized basis excluding special items).   An additional $65 billion of spending, even with depreciation of the current base, would result in a new base of at least $260 billion by the end of 2015 (re: fiber, towers are longer-lived assets), which will require an additional $2-3 billion of net income (or $20 billion in revenue growth).  Overall, after this plan has been implemented, AT&T, to achieve expectations of an 8% post-tax return on invested capital, will need to earn more than $20 billion annually and have revenues (at current profit margin levels) of more than $150 billion.

AT&T has clearly not chosen the easy path with Project VIP.  It would have been a lot easier to partition and sell off those assets that had not been upgraded.  Massive infrastructure upgrades are required to create an IP + LTE network, and LTE deployment resources were (and still are, to some extent) in short supply when AT&T made the VIP decision last fall.

It’s a harder but familiar road for AT&T, one that could present long-term upside for shareholders and bondholders alike.  While the company has strengths in supplier and program management (Verizon and AT&T may be the best at deploying anything at a large scale.  This is one of the reasons the President has turned to Verizon to assist in the “tech surge” effort).  However, AT&T must convince customers in these newly deployed regions that they have a more compelling video and High Speed Internet product than cable incumbents.

At the end of 2015, $61 billion in additional shareholder and bondholder monies will have been spent as a result of Project VIP.  LTE coverage will top 300 million pops covered, U-Verse will have 8.5 million additional marketable homes, and 1 million additional businesses will have fiber connectivity.  The opportunity to create sustainable competitive advantage will be significant.  Will AT&T deliver?  It’s not a leap to think it’s possible.

Next Wednesday, Comcast announces earnings and we will see how much of a dent T-Mobile had on their gross and net additions.  Until then, if you have friends who would like to be added to The Sunday Brief, please have them drop a quick note to sundaybrief@gmail.com and we’ll subscribe them as soon as we can.  Have a terrific week!