Am I Really Going to Wear This? (CES Preview Edition)

New Year greetings from Dallas, Kansas City, and Fraser (Colorado – pictured).  Hope everyone had some time to recharge and reflect.  2014 was a terrific year, but, as the US economy begins to recover, 2015 appears to be on track to be even better.

The Consumer Electronics Show officially begins Tuesday, and 160,000 of us (including yours truly) will descend on Las Vegas to see and hear about the latest trends in the industry.  Prior to the show, many news outlets have run short pieces about what will be big this year:  Wearables (even though Apple’s Watch will not be out for several months), drones, 4K TV, connected cars.  No doubt each will be a big part of the show’s headlines, but this week’s column focuses on three items:  a) hardware’s resurrection, b) the need for a new “Internet of Things” operating system, and c) the effect of virtual reality beyond better games.  Each of these topics deserves further expansion, and we hope to dig deeper with each in future Sunday Briefs.

Hardware:  Am I Really Going to Wear This? 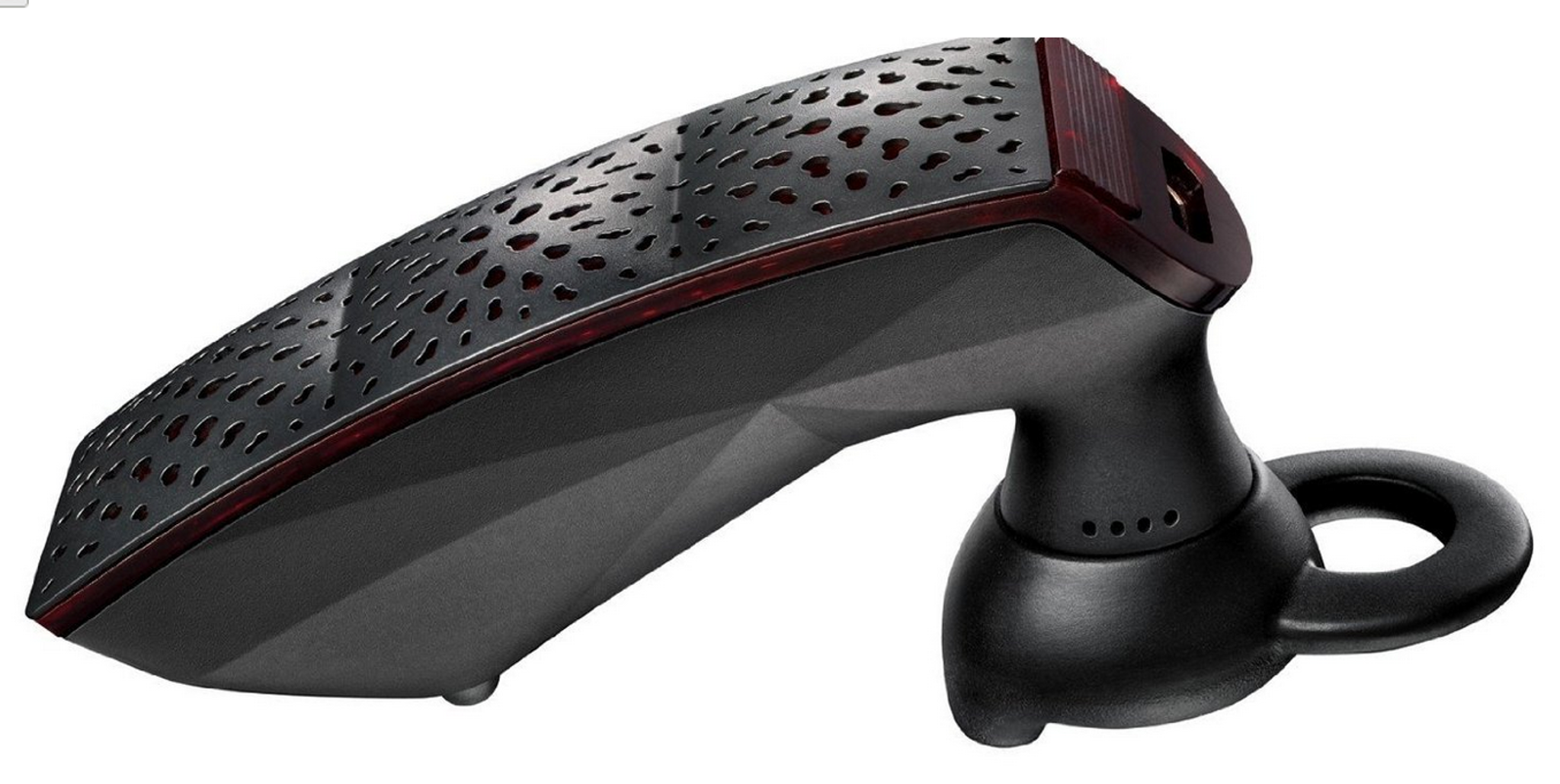 Let’s face it – most companies who are consumed with early or groundbreaking technology deployments (Apple excluded) have little sense of style or fashion.  This has been widely accepted as being “OK” by technocrats.  Smartphones do not need to be as fashionable as things like a watch or a Bluetooth headset (see Jawbone ERA pictured) or a fitness tracker.  My theory is that smartphones get a “fashion pass” because they can be easily detached – they are something we hold, and we can put away.  Not so when it comes to “wearables.”

Hence the title of this section.  “Am I really going to wear this?” – you answer the question.  Take the Pebble Watch, which will be celebrating its second birthday this month (launched 1/23/13).  I remember one of my tech-savvy friends proudly displaying this watch at a conference in the summer of 2013.  A few weeks later, we caught up but no watch on the arm.  “It’s too hard to charge – not enough benefit” was his response.  I cannot recall ever seeing a woman wear one of the original Pebble watches – that halves the TAM.  All black all the time only works for a small part of the population (perhaps a Movado or Coach wearable – but even they branch out to other colors, eventually).

Over the course of the year, I have quietly been developing a thesis on wearables:  The closer the wearable gets to your face or the less detachable it is, the higher the importance of fashionable alternatives.  Black is OK for a smartphone holster or in your purse, but might not be attractive around your neck or on your finger.  It might be chic in a ski goggle (see Google/ Luxottica reference below), but only if I can take it off at the après ski. 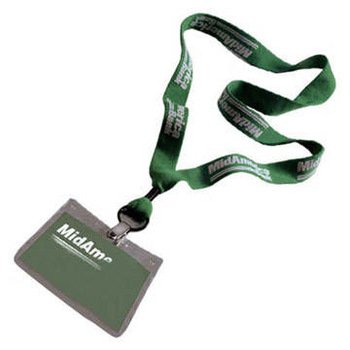 What benefits could a watch provide beyond telling time (which smartphones do well in screen lock mode)?  Could it provide some means of personal authentication, like a “key” to a car or a home?  Could it replace the not-so-fashionable “security card keys” used by millions every day?  How about hotel access?  Absolutely.   Replacing current technologies is hard and takes decades – just ask the home automation industry.   And, as Apple demonstrated, good design accelerates technology adoption.

Last March, Google announced a partnership with Luxottica, the parent company of Ray-Ban and Oakley sunglasses.  Things have been very quiet since then which is uncharacteristic for both companies.  Could an announcement be forthcoming this spring?  And, if so, could the Google Bangle or the Samsung Broach be far behind?

Samsung:  Will Tizen Ever Get Traction?

One of the great challenges Samsung faces in beating Apple is finding a way to pair a developer-friendly and attractive operating system with their hardware excellence. As sensors, networks, and communications software are built into an increasing array of devices, it would seem like an electronics conglomerate could mount a competitive threat to Apple.  More connected devices using an open source operating system creates a logical challenge to the status quo.

That’s where Samsung is with Tizen, its Linux-based operating system.  Long rumored to be first introduced in a smartphone (code named the Samsung Z) bound for Russia India, the Tizen operating system has largely been a pet project of Samsung and Intel.  That is, until their recent announcement that all new Samsung SmartTVs (Samsung is the largest producer of smart TVs with a 27% global market share) would be equipped with the Tizen operating system.  The full announcement from Samsung can be found here.

Tizen already runs most of Samsung’s latest watches (see a full comparison of Samsung’s six smartwatches here).  How TV content would have an impact on a wearable wrist experience is unknown (although, if paired with a smartphone through Wi-Fi or Bluetooth, the pay-per-view/ video on demand experience could get a boost if there’s a Wallet/ Pay system nearby).  Advertisements could also be linked to a nearby phone through an app (for coupons/ loyalty, location, or social media).  As mentioned earlier, the smartphone or wearable could also provide authentication for certain functions (e.g., access to certain streaming media).

It’s natural to be skeptical of Tizen, and any operating system trying to integrate home appliances and electronics with mobile devices and other wearables is likely to have integration challenges.  Huawei (the third largest producer of smartphones) executive Richard Yu told The Wall Street Journal last summer that “Tizen has no chance to be successful.”  Without an ecosystem that extends beyond Samsung’s electronics empire, Tizen will fall flat.

I have a sneaking suspicion that Tizen will surprise in 2015, for no other reason than to replace Google Chrome and Amazon Fire Stick devices (all of the authentication and streaming functions for Netflix could be handled through communications between the smartphone and the TV).  This, combined with LG’s introduction of the Palm OS into each of their smart TVs signals that home connectivity is the next battleground.  When there’s competition (and billions of dollars of market share at stake), innovation accelerates.  With some help from US cable and satellite providers (who would welcome a third OS with a large installed base and brand loyalty), connecting the TV would open up many opportunities.

Virtual Reality (VR) – Can it Move Beyond Gaming?

VR had a big payday in 2014, capped by the $2 billion purchase of Oculus by Facebook.  It has spawned a host of start-ups also focused on gaming and entertainment (see article here on the Omni VR treadmill by Virtuix – it’s not what you think).  On top of this, many of us were introduced to the potential of VR at the Google I/O conference with Google Cardboard. 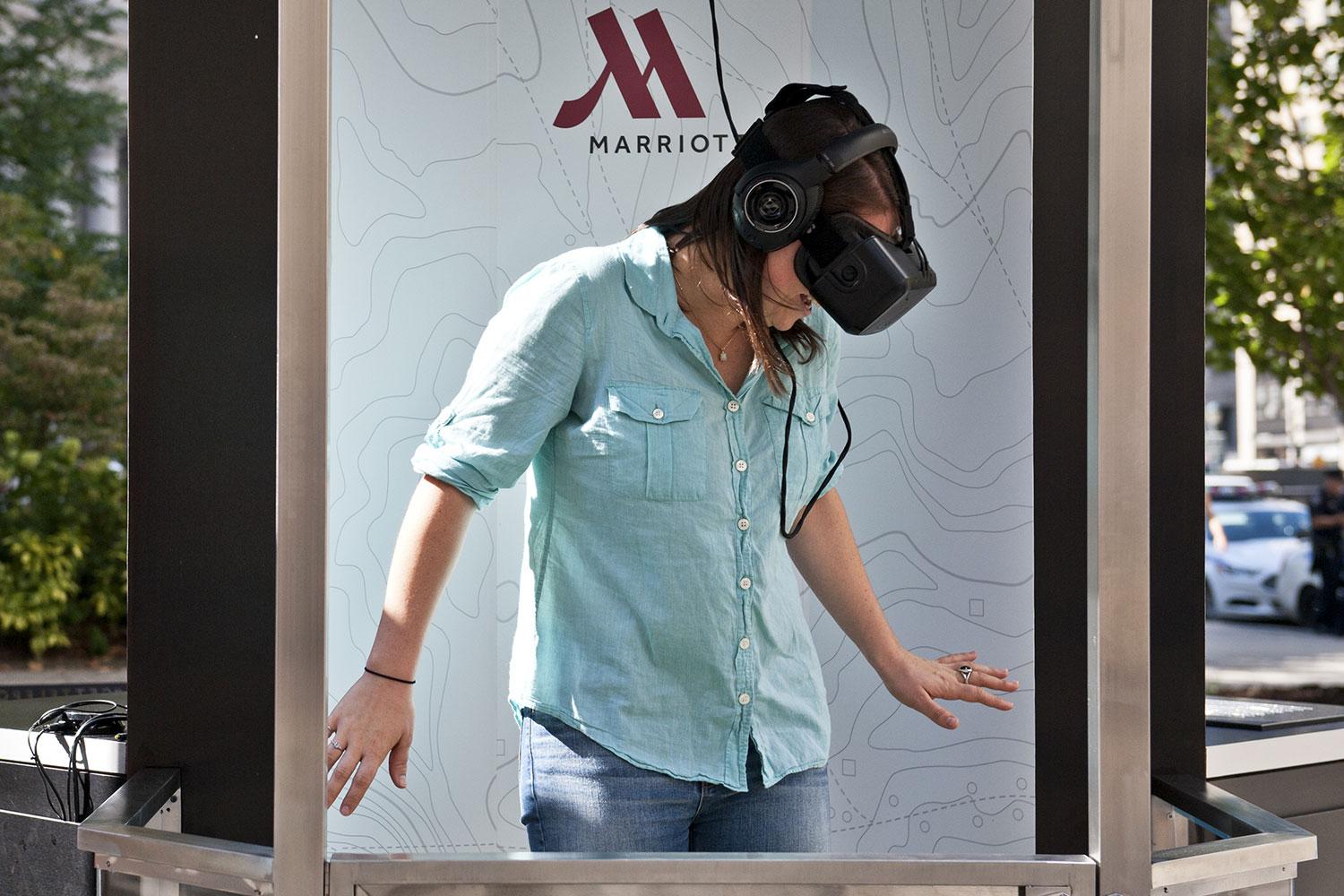 Can virtual reality move beyond redefining the gaming industry (which it will do – ask any teenage gamer)?  Two data points seem to point to this as a possibility.  First, global hotel chain Marriott hotels launched a VR “Teleporter” in the latter part of 2014, highlighting travel locations to Hawaii and London.  To produce the content, extensive and innovative production needs to take place, and this concept may not be able to be replicated for each Residence Inn and Courtyard across the globe.  But, if you are spending $4000-6000 on a honeymoon and want it to be perfect, VR might do the trick.  Also, in The Verge article, a new virtual tourism industry is described which would allow “vacations” to Mt. Kilimanjaro without leaving your city.  More on what Marriott is up to here (their announcement) and here (from The Verge).

Second, 20th Century Fox has announced that they will use CES to debut a three minute proof of concept VR clip featuring Reese Weatherspoon to promote the upcoming film Wild.  VR was widely debated throughout the Hollywood community in 2014, and there are many skeptics who are still smarting from failed 3-D movies of the last decade.  The movie industry, however, is made for virtual reality, and if it generates more revenues (and large theater chains get on board with their own VR experiences), then it’s going to be successful.

The question for Fox and other studios is “Where to start?”  Fox has chosen Cheryl Strayed’s cathartic 1000 mile trek along the Pacific Crest Trail which is bound to be filled with exceptional nature shots.  Other studios might start with animation (Disney, Dreamworks) or even action/ adventure (although concerns about motion sickness already abound).  Is a Travel Channel, History Channel, Weather Channel or even Food Network VR series imminent?  No, but I could definitely see VR supplements as a premium after-show product for those who want to learn more about a particular topic (e.g., if you liked the show Alaska Unleashed that recently played on The Travel Channel, you could purchase the VR edition for $49.99 and get up close and personal with your favorite glacier).

From the time I first used Google Cardboard, I saw the potential for VR in the everyday community.  Driver’s Education through VR.  Art appreciation through VR.  World history through VR.  Even Shakespeare’s Macbeth might become more interesting to my 16-year-old son if he could don an Oculus as a part of his studies.  It’s a 10-15 year adoption journey (think HDTV), but there is value beyond gaming that will be clearly seen at CES this year.

What’s most important to realize is that hardware, software, and integration all matter this year – one theme does not dominate.  That’s what makes CES a special and influential event.  See you at the show!

Next week, well start to look at several fourth quarter events and prognosticate on their effects on the wireless and broadband industries.  Until then, if you have friends who would like to be added to The Sunday Brief, please have them drop a quick note to sundaybrief@gmail.com and we’ll subscribe them as soon as we can (and they can go to www.sundaybrief.com for the full archive).

Thanks again for your readership; let’s get started on a terrific 2015!