“The best place to raise angel funding for a Kansas City start-up is in Omaha.” 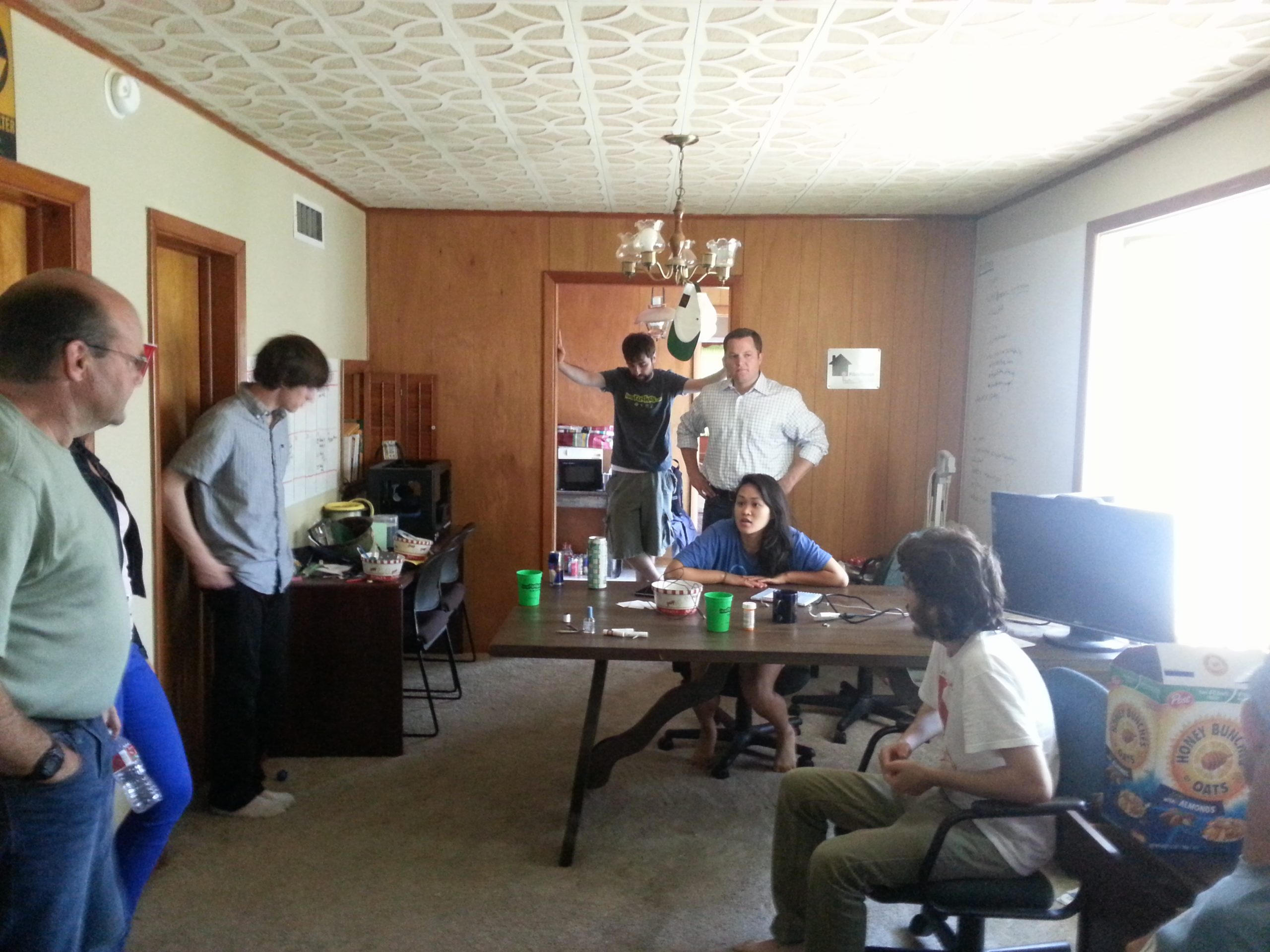 After getting the grand tour (5 homes, 6 businesses, all excellent and a few potentially disruptive ideas), we sat down for some Oklahoma Joe’s and talked.  With the exception of one individual, everyone there knew me as one of the Trellie Kickstarter contributors who came up from Texas to see what this Google Fiber thing was all about.  We talked a lot about the support entrepreneurs are receiving, about the mentorship process, about the status of angel tax credits on both sides of the state line, and then I posed the question “So, with all of this attention, how’s the fundraising going?”

I received the response above with head nods from every entrepreneur in the room.  Even with Google and a recovering economy, the response is largely the same as it was in 2009 and 2010 when I was passing the hat for angel funding for Mobile Symmetry (which ended up being funded mostly by out of state super-angels).  We (and I include myself because I just cannot get the Brookside out of me) are playing “practice hands” with pretend money, training tomorrow’s disruptors how to bootstrap, prototype, innovate, collaborate and partner to what end?  So the next Carlos Beltran, Zack Greinke, or Johnny Damon of the disruptor world can go play elsewhere?  Are we merely hosting Google, or are we creating a disruptive, revolutionary foundation to produce their successor?

How likely is it that a) many will receive their angel funding, but only on the condition they move to Seattle or Waltham or New York City or Dallas or Chicago or Detroit or San Jose, or b) many aspirants will abandon their entrepreneurial dreams altogether and move to Provo or Austin because of “all hat, no cattle” approach to angel funding that continues to plague the City of Fountains?

Now that I have seen the hyperactivity that permeates the Dallas and Austin entrepreneurial communities, I can assure you that it won’t be long before out of state firms latch on to the bright minds and sweep them away.  While Google Fiber was pioneered in Kansas City, their network locations are spreading and any first-mover advantage is fleeting.

To be successful, Kansas City must develop a culture steeped in a) a disruptive and revolutionary (and non-traditional) approach to risk, one that works to mitigate but not eliminate every possible negative outcome, b) an active business “discipleship” program which is more than the occasional mentoring but is built on the foundation of mutual accountability between investors and disruptive entrepreneurs, c) active recruitment of experienced entrepreneurs from other states to serve as role models (using the Stowers Institute as a model), and d) a milestone-oriented (or “if, then”) approach to funding stages which encourages collaboration between the investor and the entrepreneur, and that helps them think about the criteria for a successful follow-up funding round.

Kansas City is on the cusp.  Judging from the comments above, I’m not sure where this is leading, except that today many start-ups seem to “want to investigate” other parts of the Midwest rather than swim in the dried up river bed of angel funding that has become KC’s legacy.  How can we change this?  Let’s come together and make a plan.